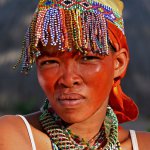 Botswana is known for the Delta of the Okavango River, which in its flow meets the thirsty sand of the Kalahari Desert, eventually disappearing in these sands. Without ever reaching the sea, it is the second largest inner delta of the world. Botswana has always strived to maintain and preserve its many rare natural beauties and as of 2014 the Delta of the Okavango has been declared part of the UNESCO World Heritage. Its unique setting represent one of the most complete ecosystems in the world and the quality of wildlife present here, contributes to making Botswana a coveted destination for the many lovers of African Nature and photographers alike.

Our tours in Botswana offer a variety of itineraries, diverse activities, along with a wide range of accommodations in order to meet all your needs and goals. Accommodations are arranged in hotels, lodges, fixed and/or mobile tented camps and the classic camping sites. With our safaris you will discover natural beauty while looking for local wildlife on board of 4×4 off-road veicheles.

The mobile tented camp tours are mostly safaris with open 4×4 off-road transfers, overnights in big tents (3×3 mt) with beds (pillows and sheets included) and adjoining private bathrooms, with hot water. The tents are set-up by the organizers of the tours in special areas, which allows you to experience a privileged view of this uncontaminated nature. Dinners are served on fully set tables, with comfortable chairs and all else that is necessary for a relaxing evening by the camp fire.

The Delta of the Okavango and the Moremi Game Reserve

The Okavango River forms the second largest inner delta of the world, right after Niger’s inner delta, and its waters end in the sands of the Kalahari Desert. The Delta of the Okavango has been declared part of the UNESCO World Heritage in 2014. The delta has an ecosystem that brings life to a vast and relevant bio-diverse   Fauna and Flora. Its waters run smoothly through the savannah, the canals form lagoons and ponds covered in water-lilies, groves of reeds, and papyrus. The islands create an oasis of vegetation where many animal species find harbor. The delta extends and reduces itself following the rainy season’s pace. The delta is home to a large population of mammals such as elephants, hippos, kudus, zebras, giraffes, impala, and the famous lions who have no problems with water; they – in fact – strategically use the lagoons for their hunting purposes. To fully appreciate this natural wonder we suggest you go into the heart of the Delta and navigate the canals with the mokoro: a traditional tapered canoe, made from tree trunks. For the safeguard of tall trunks, these canoes are now built in fiberglass. Another way to get a good view of the stark chromatic contrasts of this wild heaven is by flying over with small planes or helicopters.

The Moremi Game Reserve is a peninsula which leans towards the Delta of the Okavango in the eastern part and includes Chief’s Island, which can be reached only by plane or boat. It is considered one of the most beautiful natural reserves of Africa and is very rich with fauna.

The spectacular Delta of Okavango and the Moremi Reserve have no fencing, allowing for a vast naturalistic area and free animal movement. The area has many lagoons, perennial and seasonal water streams. The vegetation varies from mopane and acacia woods, rain forests with very high trees, and savannahs that change to a straw-color during dry season.

The Moremi Reserve is inhabited by large mammals such as families of elephants, hippos, buffalos, zebras, giraffes, kudu, lechwe, tsessebe, water antelopes and predators such as lions, leopards, hyenas, the African wild dog, cheetahs and many birds. Storks, herons, wading birds, eagles and ground hornbills and many more.

The Savuti is a sandy area which takes its name from the rivers that runs through it and includes a vast marsh called “Savuti marsh”. With uncanny hydro-geological events, the waters of the Savuti River alternate with times when the waters are no longer running. The last drying event began in 1979, leaving the Savuti area completely dry. The thirsty animals converged to the few water springs in the area, like a pilgrimage. As of 2009, the Savuti river is flowing again and new life has begun along its banks; the big elephant families are back with their babies, buffalo herds run through the vast marsh, zebras, giraffes, impala, greater kudus and lions, leopards, hyenas, wild dogs…Savuti is a real heaven for birds’ lovers, with many swamp birds, herons, little egrets, the Eurasian bittern, pelicans and more.

Linyanti is situated in the north-eastern area of the Delta of the Okavango and extend to a marsh area bordering with Caprivi (Namibia) and originates from the Linyanti River which is called – further down south– Chobe River. Depending on the level of the river, this area is subject to flooding and alternates with vast savannahs: an ideal habitat for many antelopes such as the red Lichwe, the rare Sitatunga and predators such as the African Wild Dog.

Chobe River Front is the most visited area. The Chobe River forms a vast alluvional plain, which during dry season is very rich in pasture thus attracting many animals. Along its banks there are bushes and woods, offering further habitat to animals and creating a unique landscape. Chobe River Front is rich in animals, with large elephant families, herds of buffalos, hippos, crocodiles, lions, antelopes, frogs, wild dogs, iguanas, jackals, impala, zebras, giraffes, leopards, hyenas, black antelopes and many other.. The park is rich in birds also, such as aquatic birds, eagles, the European bee-eater, owls, the Eurasian jay, vultures, herons and many others. This is one of the park’s most visited areas, thanks also to its close proximity to the amazing Victoria Falls.

Made famous by researchers Mark and Delia Owens with their book “Cry of the Kalahari”; they lived for 8 years in Deception Valley, studying the lions of the Central Kalahari Game Reserve.

The Kalahari Desert is the fourth largest desert in the world. Its territory comprises endless sandy planes and old dried-up lakes that are called “Pan” by the locals. By handing down the secrets of the desert and their age-old knowledge in respecting nature, the people of San was able to survive in a hostile territory such as the Kalahari Desert.

Our trip proposal to Botswana